What Can an Orange County Dog Bite Lawyer Do for You? 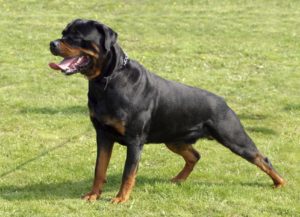 In 2016, California led the nation with almost 2,000 dog bite claims for over $75 million in damages; these totals were almost as high as number two Florida and number three New York combined. Statistically, pit bulls, Rottweilers, German shepherds, and huskies are the most dangerous dog breeds. The overall damage total is so high because most of the victims in these cases are either young children or older adults. Both these groups have unique issues. Younger victims often suffer from Post Traumatic Stress Disorder-type symptoms, and older victims are usually unable to live independently after the attack. The number of claims in California is so high because state law is very victim friendly, giving an Orange County dog bite lawyer a number of legal options.

Many states employ some form of the common law one-bite rule. These laws typically immunize dog owners in these situations if their dogs have never attacked anyone before or have never showed any vicious tendencies. But California is a strict liability state. So, dog owners are legally responsible for the full measure of damages “regardless of the former viciousness of the dog or the owner’s knowledge of such viciousness.” In these cases, an Orange County dog bite lawyer only needs to prove causation.

This law is also rather narrow in its application, because it only applies to bites and not other forms of animal attacks, such as a knockdown. Indeed, it’s very common for an animal to rush at a victim and knock him or her down, but for the dog owner to pull off the animal before it actually bites the victim. In these cases, there are some other legal theories available, such as:

Local governments often pass leash laws and other such statutes which are more restrictive than the state’s laws. In these cases, the local ordinance controls.

Landlords are also responsible for damages in some cases. For example, if the landlord knew or should have known that the animal was vicious, the landlord had the chance to remove the animal but failed to do so, and the animal injured a victim. An Orange County dog bite lawyer can impose liability in other situations as well, such as a defective gate which the landlord should have fixed.

Non-owner custodians, such as a veterinarian, may also be liable for damages. If such a custodian knows that the animal is vicious, they may be liable.

Although there are a number of theories which an Orange County dog bite lawyer can use to obtain damages, a good attorney must also be ready for some common insurance company defenses. They include:

Children under five are also not responsible for their own portion of damages under the state’s contributory negligence law. If the victim is over five, California is a pure comparative fault state, so the judge will reduce the victim’s damage in proportion to the degree of fault.

As mentioned earlier, animal attacks often cause significant direct and indirect injuries. An Orange County dog bite lawyer can obtain compensation for both these kinds of losses, whether they involve economic damages like medical bills or noneconomic damages like pain and suffering. Moreover, additional punitive damages may be available as well. To obtain such damages, there must be clear and convincing evidence that the dog owner intentionally or recklessly disregarded a known risk. A punitive damages cap may apply in some cases.